Well, what happened there? After posting pretty regularly for most of the year, this is my first post in nearly a month. And honestly, I don't expect things to get much less busy in my life as my wife and I are expecting our first child, a baby boy, in just under a month. So I will post when I can, but they will be few and far between.
It's kind of funny timing for me to slow down posting considering the Orioles have been playing so well. Most of the years I've been writing posts about the O's in August/September, the team was so out of contention it wasn't even funny. Now that they are in firm control of the AL East, I'm nearly non-existent. But, at least for now, I have been able to continue to watch most of their games, and it's certainly been a fun season to this point!

Also, strangely enough, I've actually been spending more time working with my cards lately as I continue to attempt to organize and pare down my collection in preparation for our little guy. But I'm sure that will come to a screeching halt soon enough too!

Anyway, today's post is highlighting the two players who have made their Orioles debuts since my last post.

First up is lefty relief pitcher Andrew Miller, who the O's acquired at the trade deadline from the Red Sox in exchange for pitching prospect Eduardo Rodriguez. Miller was widely regarded as the top left-handed reliever available and the Birds did what they needed to do to make the deal happen.

I just pulled the trigger on a certified copy of his autograph on COMC, and it should arrive any day. 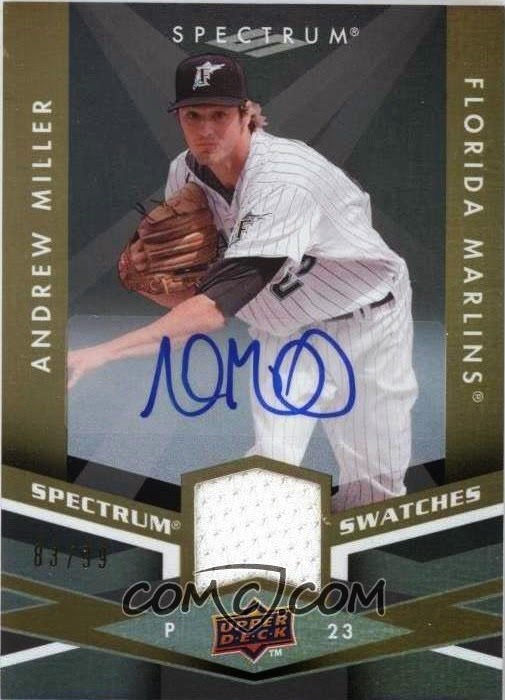 Since Miller was a former first-round pick by the Tigers, I was surprised the be able to pick up an autographed swatch card of his numbered of just 99 of his for a few dollars. His career as a starter never really took off but he has certainly found his niche as a reliever. He will likely only be an Oriole through the end of this season, and I've heard talk about his possibly sliding into the closer role for a team in 2015. 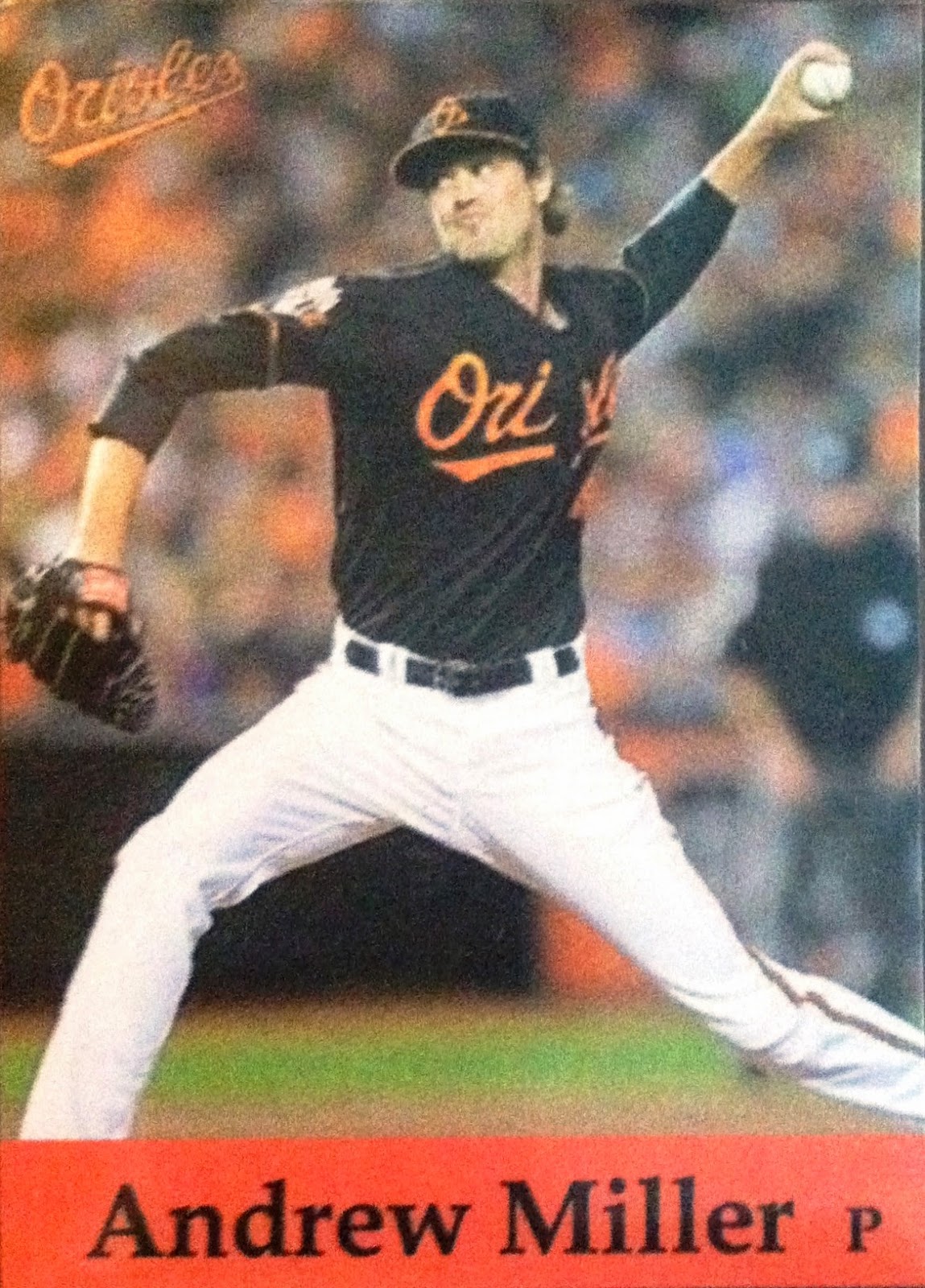 Not too surprisingly if you know him, my dad had this Old Man Card made the day after Miller's Orioles debut on August 1st and was trying to get it signed for me the very next day. I always really appreciate his help, and I hope to get this card signed soon enough, if I can find the time! 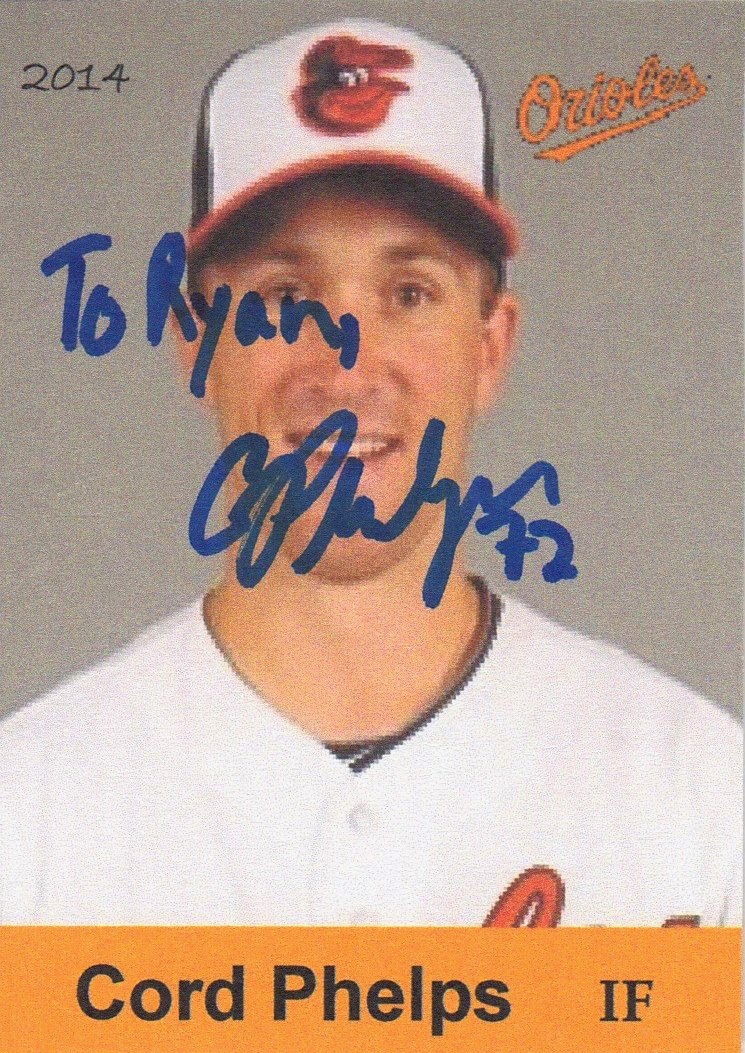 The next Orioles debut occurred on August 16th as Cord Phelps became the 881st player to appear in a game for the team. Luckily, Cord was with the team in Spring Training and I was ready for his debut! I briefly wrote about him in this post following my Florida trip, saying at the time that I had "an inkling that Cord Phelps might be the 2014 version of Russ Canzler, knocking on the big league door but never quite cracking the club." Looks like I wasn't right on that one!

Cord has previously played in some games for the Indians between 2011-13 so he isn't completely new to the big league scene. It seems like he is in a pinch-hitting defensive replacement role for the Birds and has only appeared in two games so far, but he is officially an Oriole! 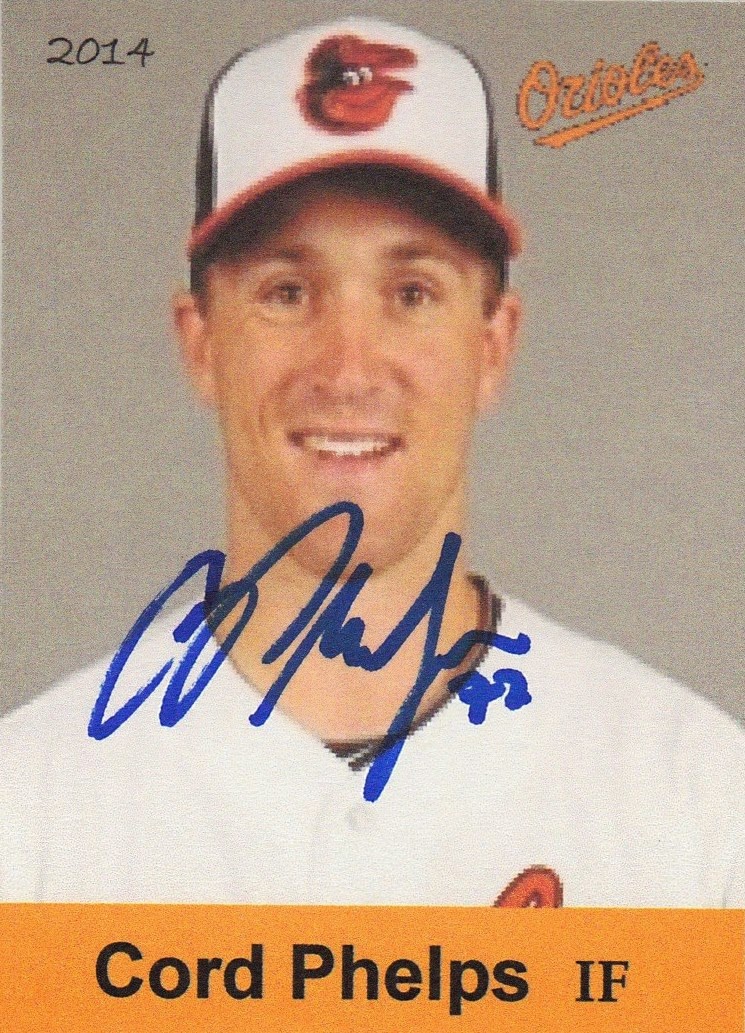 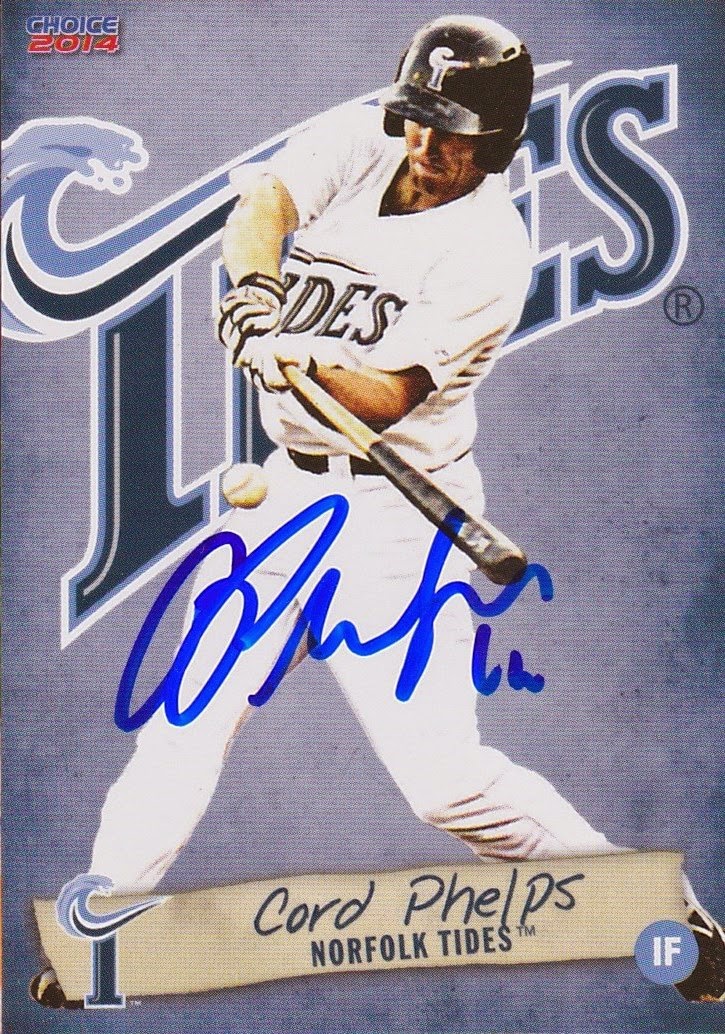 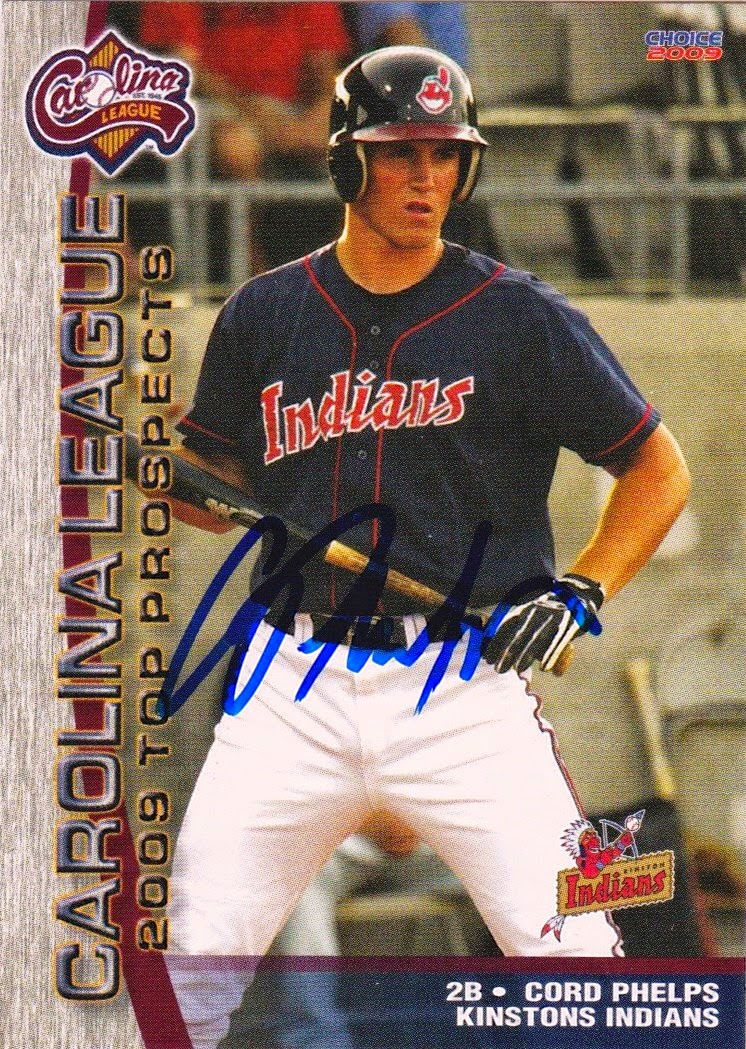 I have a few extra of Cord's autograph, all obtained in-person, if anyone needs one for their collection. I actually just got his 2014 Tides card signed on my trip to Norfolk, not long before he was called up to Baltimore.