MASN, the local Orioles TV network, broadcast the first Orioles game of the year today, and it is always great to see some Orioles baseball again after four long months.

The network almost always airs O's home games played at their stadium in Sarasota, so the game typically begins with a fairly typical Orioles line-up, featuring many of the regular starters. But, as I'm sure you all know, as the innings pass by during Spring games, the regulars slowly disappear from the game, and they are replaced by players trying to make the 25 man rosters and/or minor leaguers trying to show off their skills. 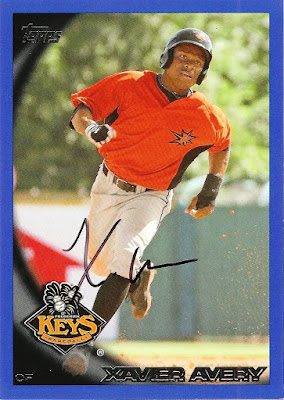 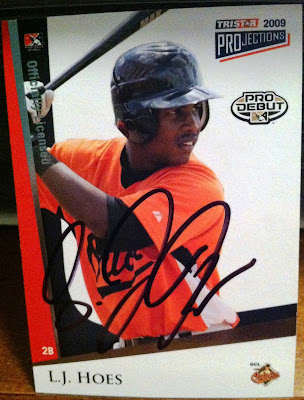 Towards the end of today's contest, both Xavier Avery, and L.J. Hoes made an appearance. Respectively the O's 2nd- & 3rd-round draft picks in the '08 draft, both players made their Orioles debuts last season. (Avery debuted on May 13th as Oriole #926 & Hoes appeared in just a single game on September 25th, the final debut of the season, as Oriole #942.)

The late innings of Spring games are a great chance to catch a glimpse of players who will eventually make it to Baltimore, while some others never will. 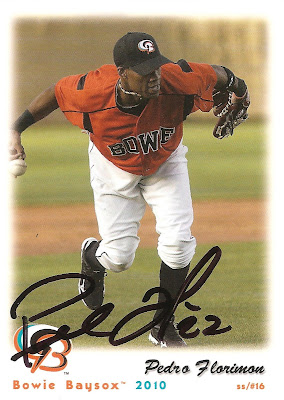 Interestingly enough, former Oriole, and one-time late innings Spring Training guy, Pedro Florimon, is currently in camp with the Twins and played against the Orioles in Saturday's Spring Training opener. 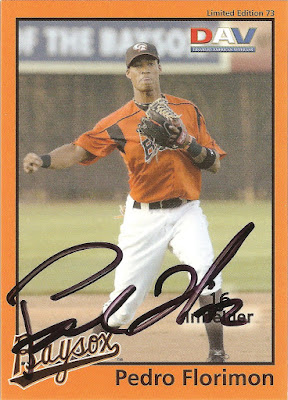 While a guy like Jai Miller, who I probably considered a near lock to become an Oriole at some point at this time last year, never came close to making it to Baltimore and had actually slid down to AA Bowie by the end of the season. 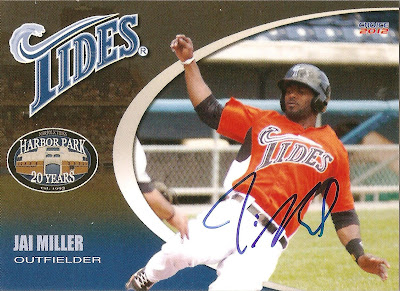 This off-season, Miller retired from baseball, and announced that he is returning to college to play football at Alabama. Seems like he came to a fork in the road and decided to take it.