Following Up on Bad Traders- Part 1 "The Crowns"

Almost three weeks ago, I ranted about my dealings, or lack thereof, with a fellow Orioles autograph collector. Shortly after the post, the trader in question contacted me and we were able to hash out our issues. I will admit that I'm not the most patient person in the world, and I think that factored into the situation, but he also admitted some fault in not keeping in touch with me over time.

Well this story has a happy ending as we were able to work out an epic trade to push my collection even closer to completion. The trader in question specializes in obscure Orioles players from the past, specifically O's Crown signed cards, while I would say that my specialty is O's autographs from the past three seasons. As you all likely know, I enjoy getting autographs almost as much as watching baseball. This might be different if the Orioles were competitive, but for now, that's the situation.

Over the next few days, I'm going to group the new autographs into three categories. Today is the Orioles Crown autographs, tomorrow will be the other signed cards, and Wednesday will be the signed 3x5s. 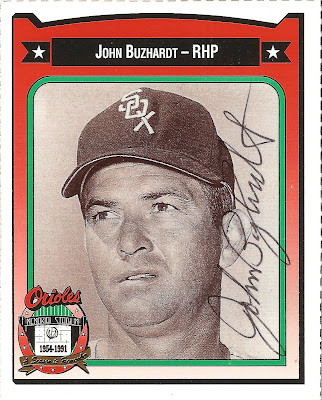 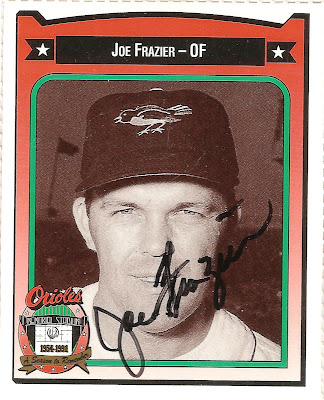 Joe played four seasons in the Majors between 1947-56, and spent the last half of his final big league season with the O's. After his playing career ended, Joe was a long-time minor league manager, eventually becoming the New York Mets manager in 1976-77. He has twice ignored my TTM requests, the second of which included a small donation, so I'm glad to knock him off of my list. 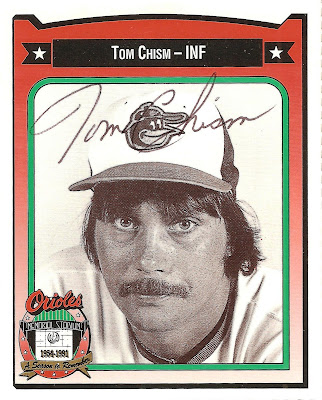 Tom played in six games for the Orioles in September 1979. He only amassed three at-bats and unfortunately went hitless for his brief major league career. I sent him a TTM request almost a year ago but have yet to get anything back, so was again happy to add this autograph to my collection. 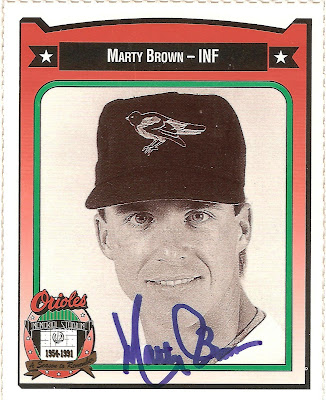 I did a post about Marty just about a year ago. You don't remember "Marty Brown Wednesday" after almost a year? For shame. The autographed card in that post is now up for trade.
And one update since then, it sounds like Marty will be the manager of the Las Vegas 51s next season, so his autograph should be marginally easier to get now then when it was when he managed in Japan. 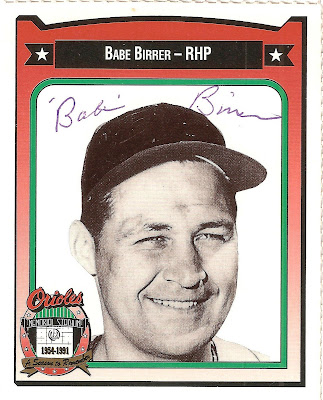 Babe pitched three seasons in the Major from 1955-58, including four games for the '56 O's. Back in September, I obtained a signed 3x5 of him in another trade, so that's now available for anyone who might be interested. I've sent this card in two different TTM requests to Babe at two different addresses, both which sound like the names of nursing homes, but haven't had any luck getting the card signed that way, so had to go another route. 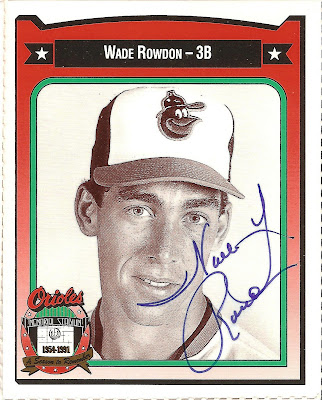 Wade played 78 games for the Reds, Cubs & Orioles from 1984-88. I recently sent him a TTM request but he's a hit-or-miss signer, so I went with the sure thing by trading for this card.

Love the Crowns!! Finally I can look at some of your Crowns without drooling...some how I managed to already have these guys. Congrats on getting that trade worked out.

Thanks guys, it was nice to work this out. Not to mention, mutually beneficial!

Aaron- Glad that you already had these guys, a few of them had been out of my grasp for some time now.