Continuing with My Spring Training Successes

Wow, what a start to the 2011 Orioles season. The home opener was a bunch of fun and the O's are only the 4th team ever to start a season 4-0 while allowing no more than 1 run per game. Crazy!

Before I get too wrapped up in the regular season, I want to finish showing off my autographs from Spring Training. 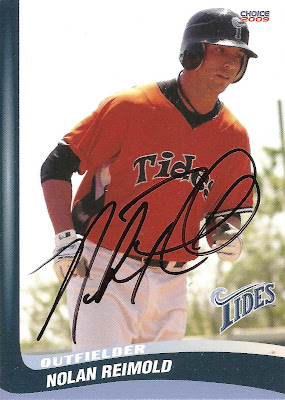 I was happy to get Nolan's Tides orange uniform card signed. Since poor Nolan got demoted to Norfolk yet again, it looks like a road trip is in the books for this summer. 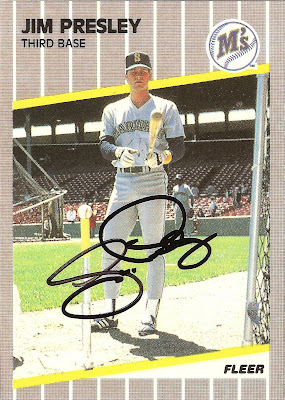 Jim Presley is the O's new hitting coach. Here he is pretending to hit off a tee for a craptastic Fleer card. I chose this card to get signed because it's so awesomely bad.
The next two guys have a chance to appear in a game for the O's at some point this season. 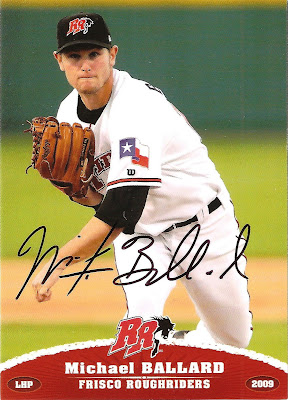 While Ballard has a pretty cool and stylized autograph (I especially like the k)... 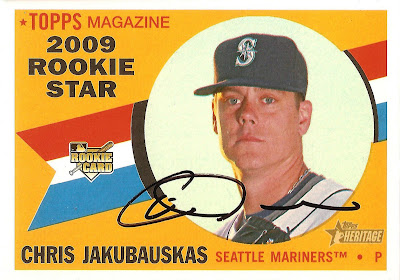 Jakubauskas relegates his last name to a flying bird shaped squiggle. But I guess I might too with a last name that long. 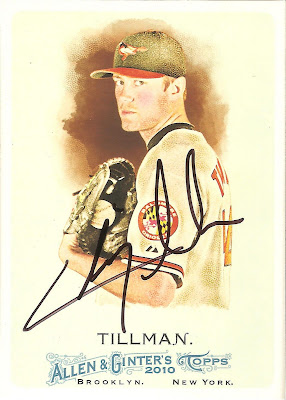 I've been lucky to get Tillman's autograph a few times over the years, but this card looks really nice with the signature and I might have to stash it in the collection. 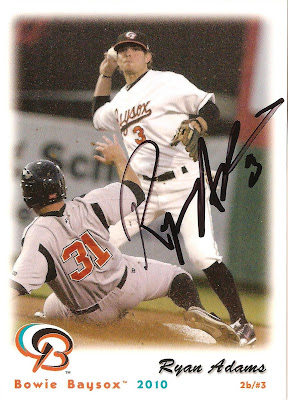 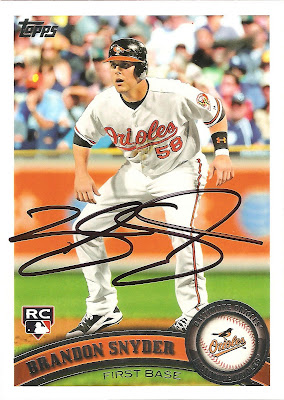 I got Adams & Snyder's autographs at Friday's game (actually all of these are from that game) which is good because they were both sent to Minor League camp on Saturday morning.
This is Snyder's first card showing him playing in a game for the O's and it's probably ticketed for the collection too. 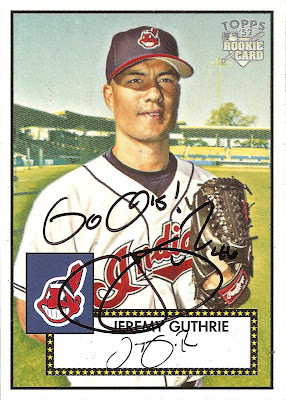 I got this card signed for a fellow SCN member. From what I remember, Guts signs all his non-Orioles cards this way. Pretty cool. I would actually like if he signed his O's cards like this too. 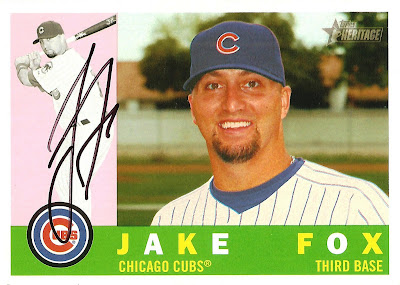 Fox tore up Grapefruit League pitching by smashing ten round-trippers. It's good to see that he still had some time for the fans too. 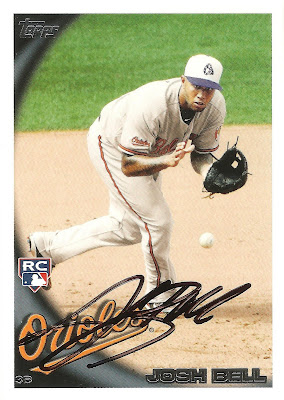 Josh was nice enough to sign next to the dugout after the game.
Friday was definitely the better of my two autograph days in Sarasota. I'll wrap everything up tomorrow.