A Random Meeting with Joe Torre

OK, so I kind of lied yesterday when I said that I didn't have any more autographs to show off from Spring Training. I have one more I wanted to share. And this post is a long time coming, I had actually intended to write this right after I got back, but it took me forever to snap a picture of this autograph. 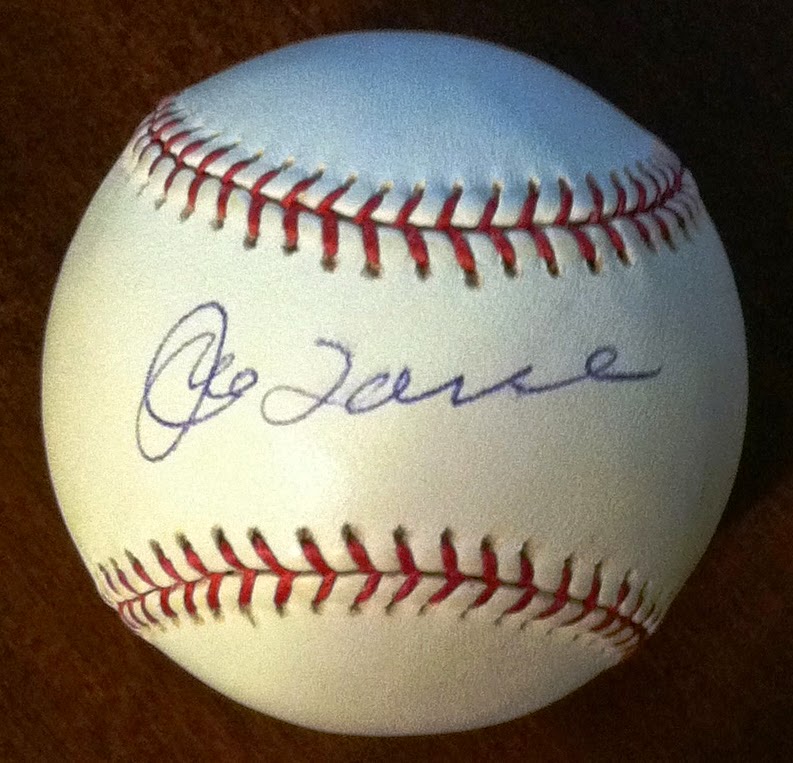 This is exactly the reason that I like to keep a nice white OMLB in my autograph bag, just in case I run into an unexpected Hall of Famer, like Joe Torre. And I know that he isn't exactly a HOFer yet since his induction ceremony isn't until later this summer, but he has been selected for the Hall which is good enough for me. A few fans were asking Joe to include a HOF 14 inscription but he said that he didn't want to do that until he actually is in the Hall (also probably related to $). 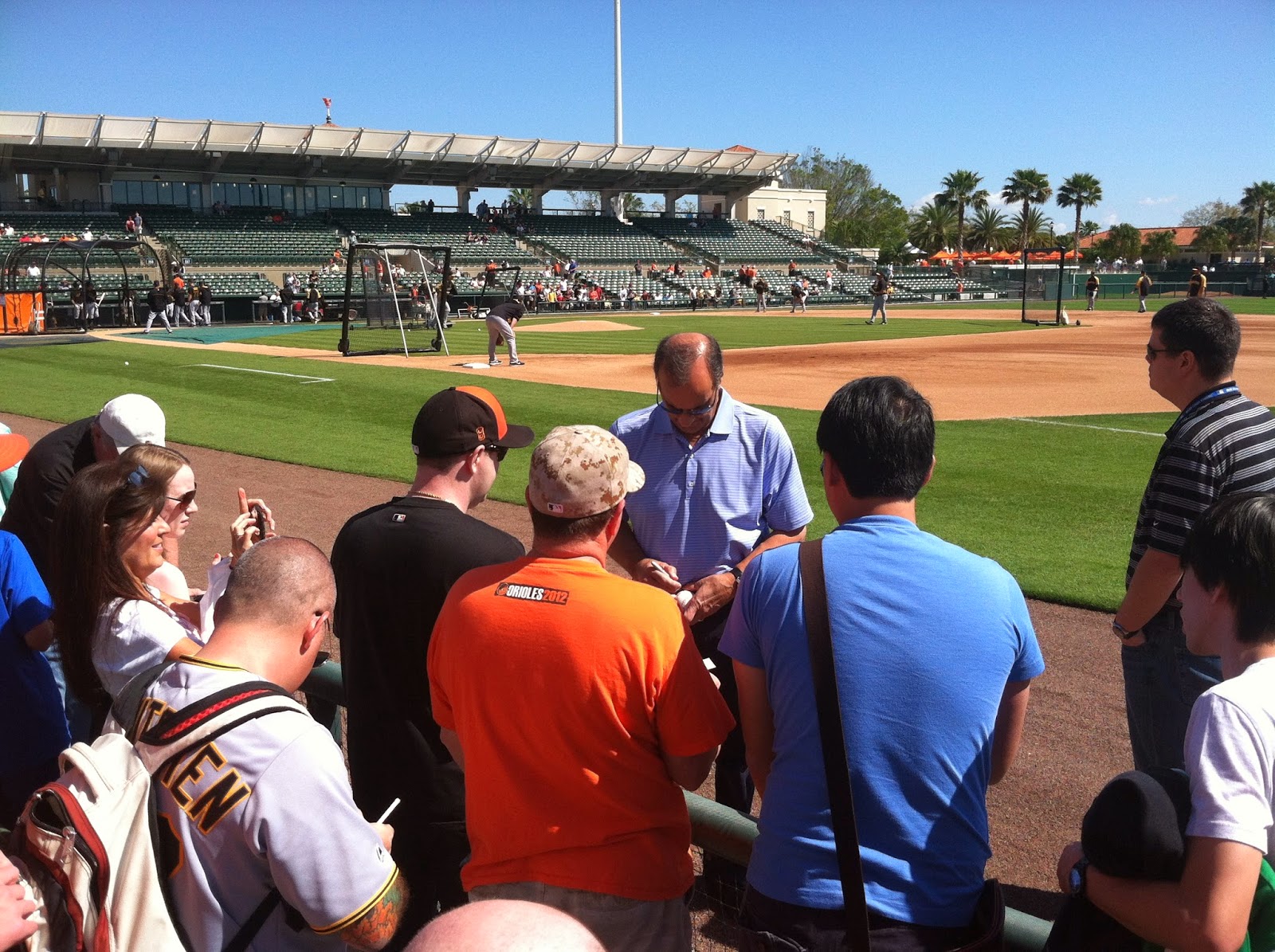 Joe was visiting all of the team's Spring Training sites in his role in the MLB Front Office to work with everyone on the implementation of instant replay. We just happened to be in the right place at the right time. That's my dad in the orange Orioles shirt; he's a big fan of the O's orange shirts, chances are he might be wearing one as I write this! 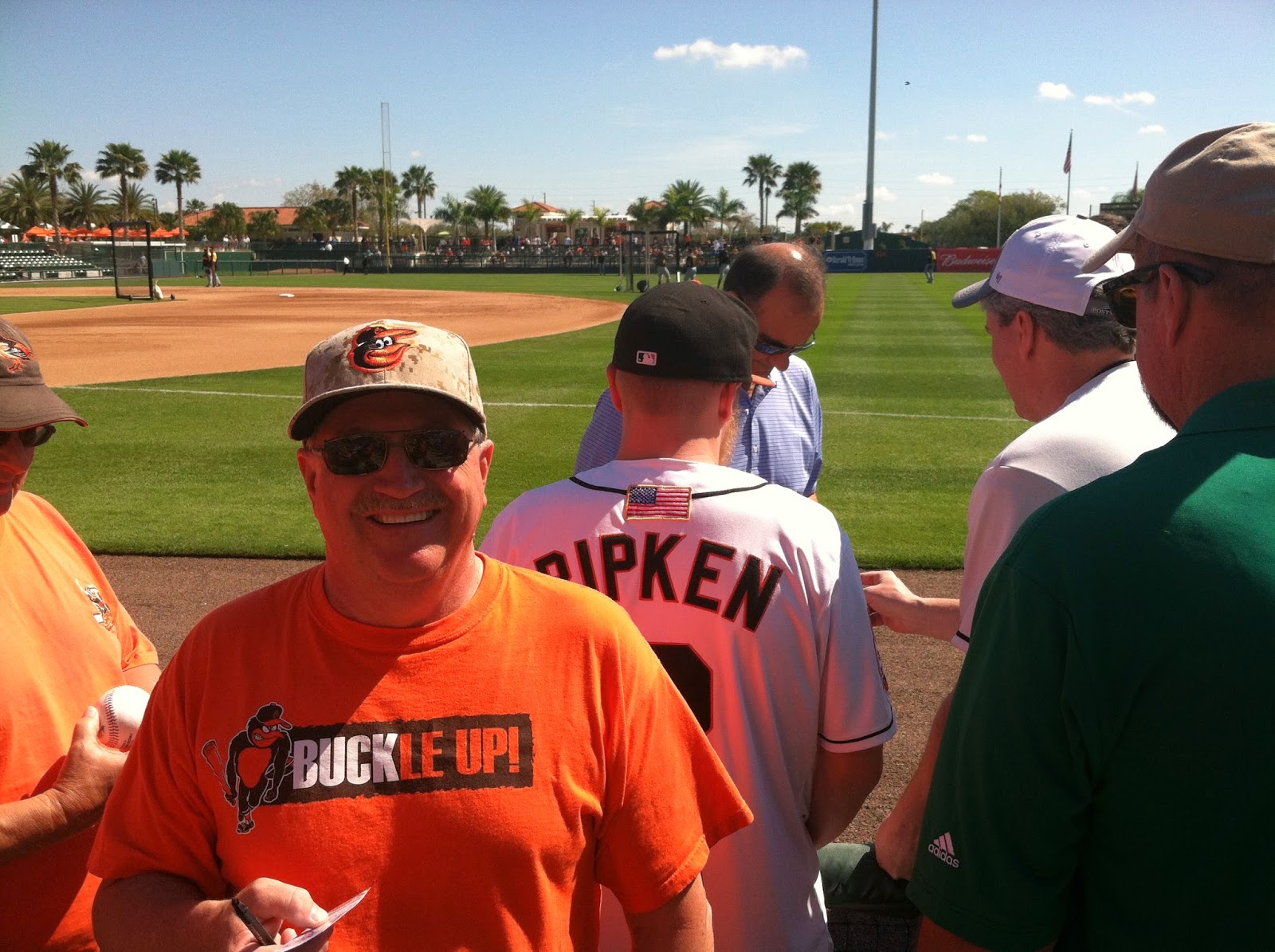 Here's a better picture of my dad and Joe. He had just gotten his game ticket signed after I got my ball signed.

These pictures just remind me of what a fun trip it was, thanks again Dad!

Guilty! The O's need us PA fans to show our support. Great memories of Sarasota trek.

Nice one! I also carry an official ball with me, just in case.

I could definitely tell that was your dad. You guys look so much alike! Love his hat, too.

Nice. Glad you guys get to go together.

Thanks everyone! It is always a great trip!