Disclaimer- I know that I'm skipping Oriole #971 right now. There is a reason, and I will hopefully write about 971 tomorrow. For now, I'm moving directly to #972.

As I had mentioned in Friday's post about Ubaldo's debut: "during last Wednesday's Orioles game, three players made their Orioles debuts simultaneously as all were on the field in the top of the first inning. This is something that happens almost every season, typically in the first game of the season, but not generally as much afterwards. Since no one else likely pays attention to this kind of thing, I have created a tie-breaker system to determine how to order these simultaneous debuts using the 1-9 position numbers assigned to each position on the baseball field, going from pitcher (1), to right field (9)." 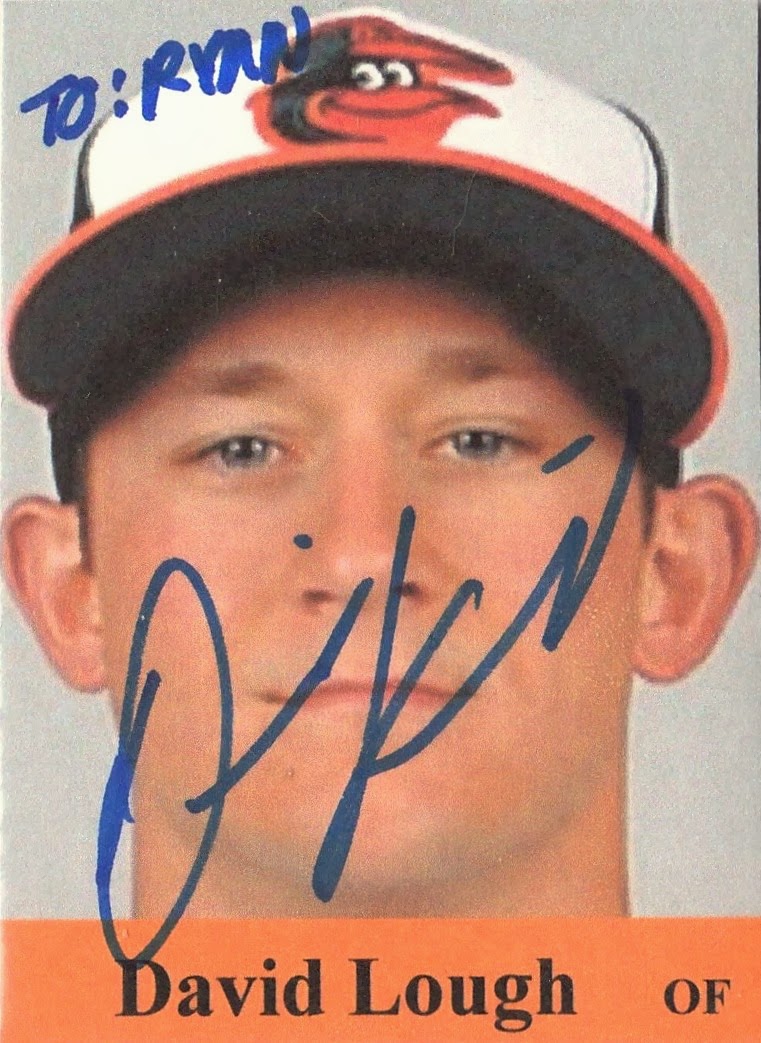 Well, Oriole #972, David Lough played left field (position 7) in that game, so that probably clues you in that #971 was some variety of infielder. (Can't you feel the suspension building?!? It's not that hard to figure out if you care, but I'm not saying anything else about it today.) 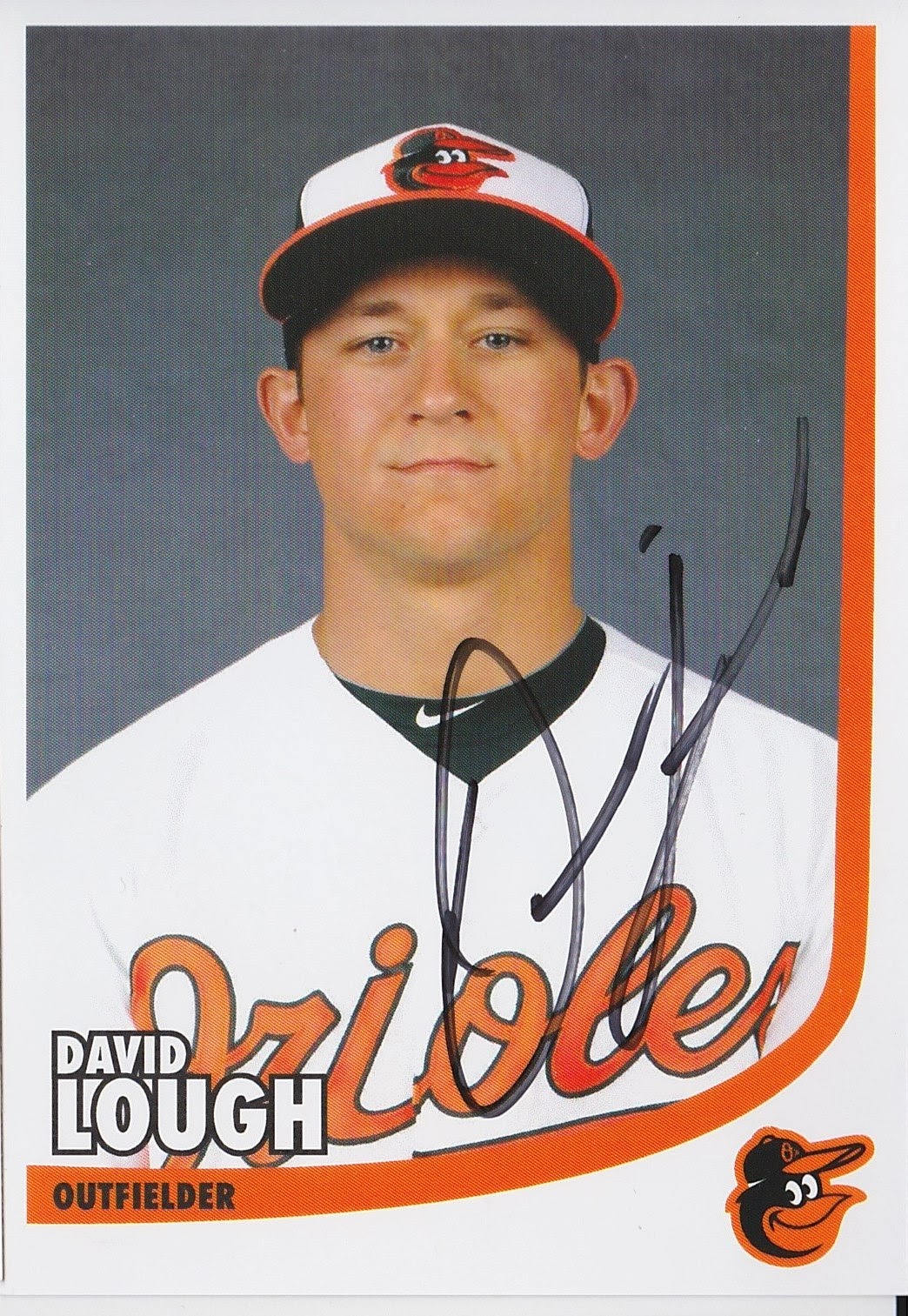 David went 0-4 in his Orioles debut, but his main skills are his defense and speed. He has already flashed the glove a few times this season, and his arm is certainly an upgrade from Nate McLouth's over the past few seasons, so that's a plus too. 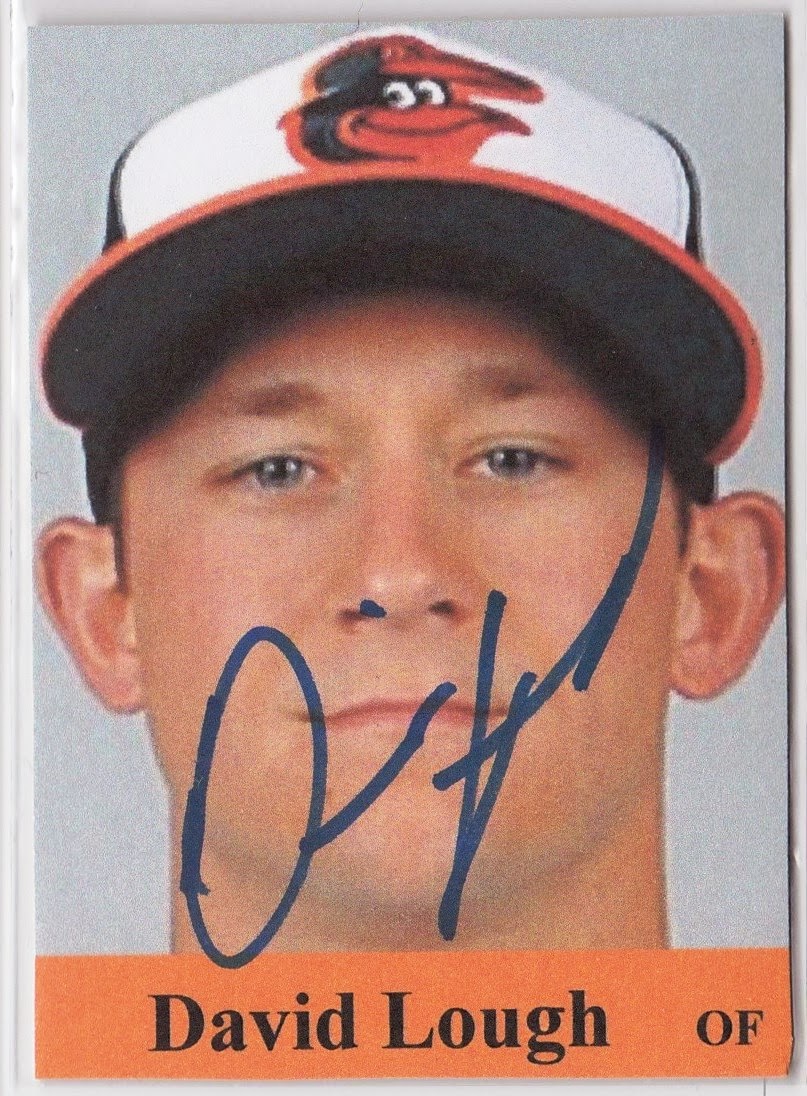 It seems that Lough will largely sit against lefty starters, however his D in left field is significantly better than that of Nelson Cruz so I would suspect that he will start something like 130-140 games in left for the O's this year.

However, his bat will need to heat up in order for him to stay on the field. Through Sunday's game, he has made four starts and is just two for sixteen at the plate. In his favor, one of those hits was a triple, he has stolen two bags and scored two runs, so his speed comes into play if he can get on base.

You might recognize the top three autographs in this post; David signed them for me back at Orioles Fanfest. The bottom two autographs were signed on my Spring Training trip. The personalized Old Man Card up top heads for the collection but the rest are available for trade if anyone is interested.