A Return To Sanity 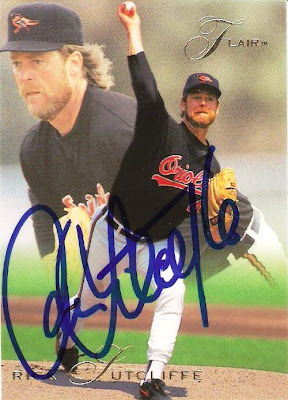 After thirteen-ish seasons of forcing players to remain hairless below their lips (read- mustaches only), it's official that the Orioles have relaxed their facial hair policy. It seems to have changed partially due to the addition of veterans like Derrek Lee and Vlad Guerrero who have long sported goatees but was also helped by Buck Showalter's clubhouse culture updates. Let's face it, the rule was silly and (most) baseball players look better with some sort of facial hair. It let's them show their personality and it's not like it affects the way the game is played. Former Oriole Kevin Millar championed the "Beards for Birds" effort throughout his three seasons in Birdland, but unfortunately didn't make any headway at the time. 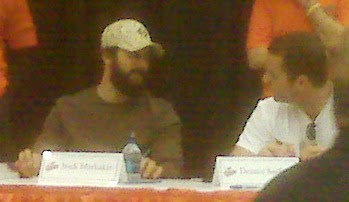 Crappy cell phone pic from 2010 FanFest, Markakis is on the left 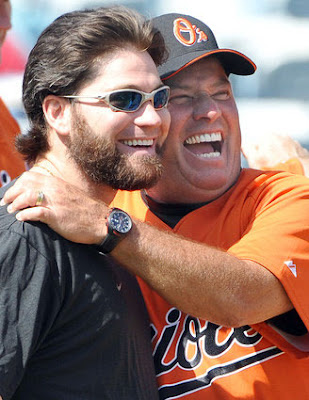 2010 Spring Training, Credit to the Baltimore Sun on this one
Longtime O's Nick Markakis and Luke Scott have generally rocked Grizzly Adams style beards in past offseasons, but had to shave when they officially reported to Spring Training. I don't think these glorious face-warmers will still be allowed, but at least they can have some sort of whiskers to keep them happy.

The Rick Sutcliffe autograph at the top of the post is definitely the best cardboard representative showing off Orioles facial hair in my collection. Between the full beard and the mullet, Sutcliffe might have had the overall best Orioles hair in Bawlmer history.

But the Red Baron wasn't the only Orioles player pictured on cards sporting some facial hair. 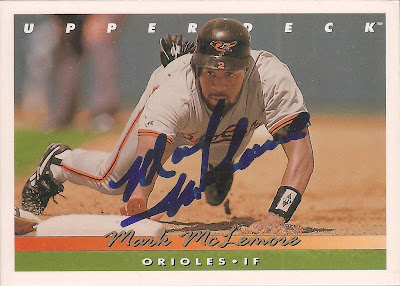 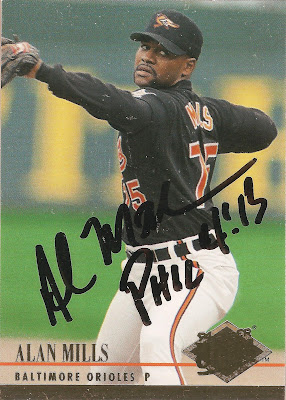 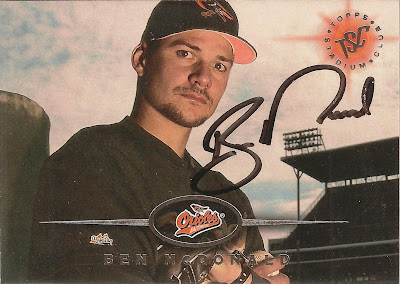 And do you think Big Ben would've looked quite so badass without the facial hair?
No, he would not.
As I'm sure you can tell, I'm thrilled that the players finally have facial hair freedom in Baltimore. It was one of those silly rules that didn't help attract players to a perennially downtrodden franchise.
Will it help to bring any marquee free agents to the O's? Possibly not.
But could the clean shaven rule have ever tipped a player against signing with a team that already had trouble selling itself? There's a chance.

Fear the beards!! I guess I didn't realize the Birds had a facial hair policy. You always hear about the Yankees, but this is the first I have heard of the O's. At least it is now a thing of the past.

Yeah, it was a silly rule that the players had been trying to change for some time.