By far the majority of the autographs I got on my trip were from the Minor League complex, but I know that most of you care more about the Major League autos, so I'll start with them. 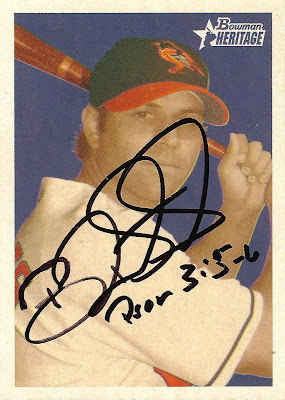 The biggest Orioles star who signed for me was Brian Roberts. He was one of the few autographs I got at Saturday's game, but since he doesn't sign often in Baltimore, it was a nice get. This is also the first time I've seen him inscribe a bible verse, although I know he's a religious guy. 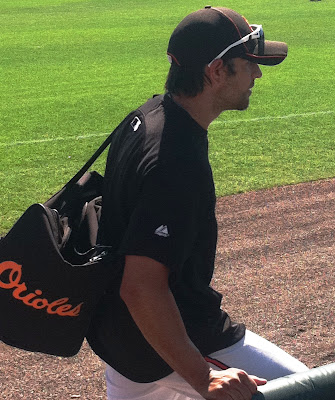 He stood by the railing talking to some friends for about twenty minutes after taking BP,  and signed for most of the fans who were around.
I also got three Orioles postcards signed by members of the coaching staff. 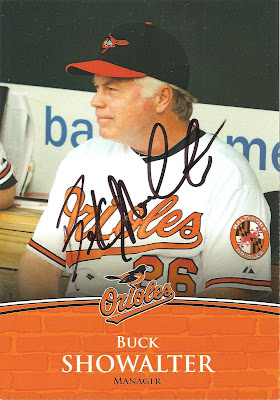 Probably the most "exciting" was Buck Showalter, who signed for a few minutes after Friday's game. I didn't get his autograph in person last season, so was happy to get him so early in the year. 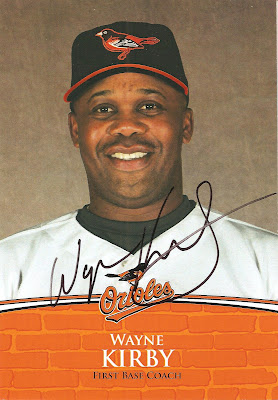 New 1B coach Wayne Kirby signed for me before Friday's game. He seems to be a fun-loving guy and was constantly joking around with fans and players. 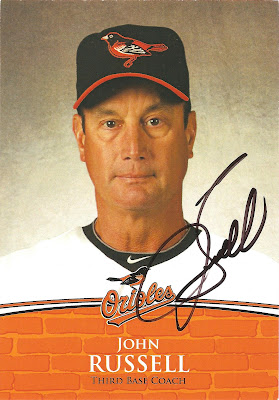 New third base coach John Russell signed for me before Saturday's game. He wasn't quite as outgoing and didn't say much while he was signing. He seemed like a bit of a downer, but time will tell. 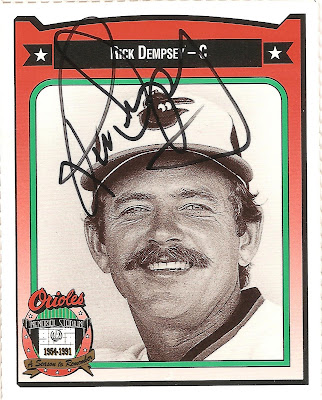 Finally, MASN broadcaster Rick Dempsey also signed before Saturday's game. It wasn't quite as exciting as getting Jim Palmer's autograph at Spring Training last season, but still cool to get another Crown Card signed.

That photo of Russell is not exactly flattering.

No, it's not. Trying to put it nicely, I would say that he looks weathered.