It's pretty nice that most of the Orioles' roving Minor League instructors and coaches were at the Birds Minor League complex the day that I was there. It's a pretty easy graphing situation and most of them signed willingly. 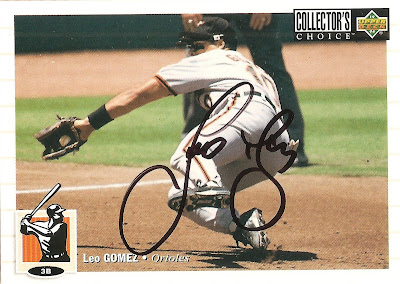 I have to start with Leo Gomez. He was one of Kalina's favorite O's back in the day and he took the time to show off this card to some of the other coaches who were around. He was proving that he used to be able to field and liked his form in the picture. It was pretty funny stuff. 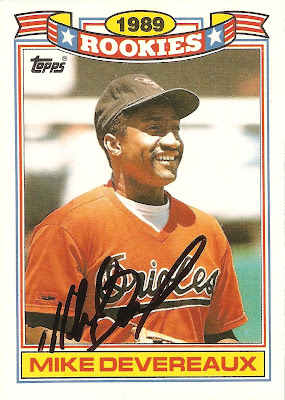 Devo was also around and was signing two cards per person. I conveniently had exactly two cards that I was trying to get signed. The orange uni was my top priority and the Crown is available for trade. 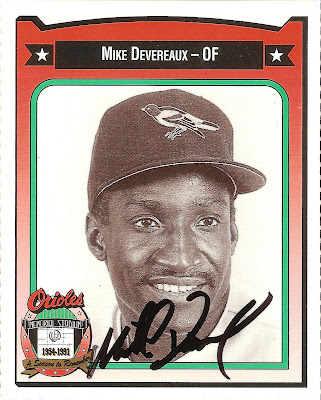 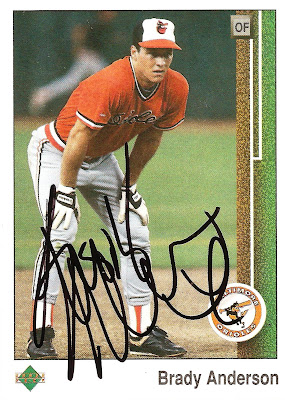 Brady was the least willing signer, he tried to "big league" me even when I had him one on one. He eventually did sign my orange uni card with possibly the worst example I've seen of his autograph. I don't know if I would believe he actually signed this if he hadn't done it right in front of me. 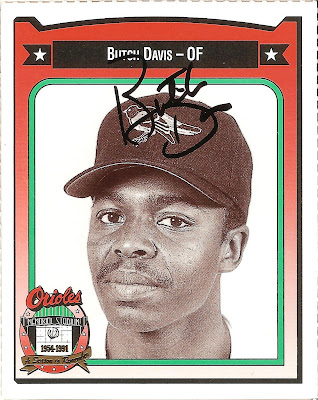 I've seen Butch at a number of Minor League games over the years, but somehow never had this card with me. So this is my first IP success from him.

Probably the coolest progression of autos that I got was of Troy Mattes. He signed a Shorebirds card from during their inaugural season in 1996 (while they were still an Expos affiliate), a card from his big league career, and his 2010 Shorebirds coach card. I can confidently say he is the only person to be included in the Shorebirds set 15 years apart, at least besides the mascot. 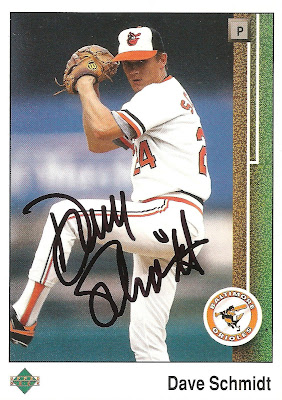 Dave signed a few cards for me. He's probably the instructor who I've had the most success with over the past few seasons. 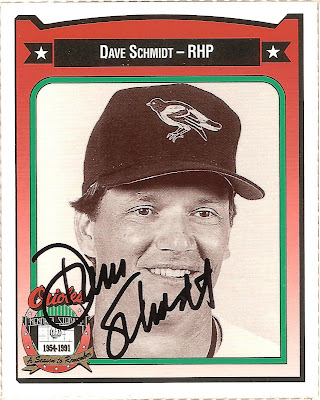 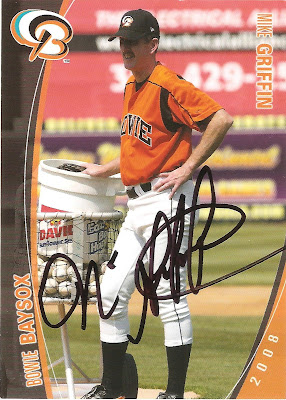 I got Mike's autograph a few times while he was still the Baysox pitching coach, but hadn't had any luck with him since he moved up to Norfolk in 2009. 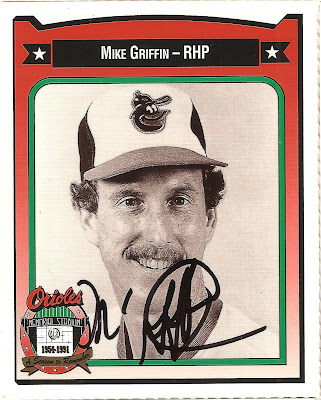 Back in 2008, I didn't often get Crown cards signed since I don't particularly collect the set, but now I know that a bunch of other collectors do collect it, so they are good trade bait. 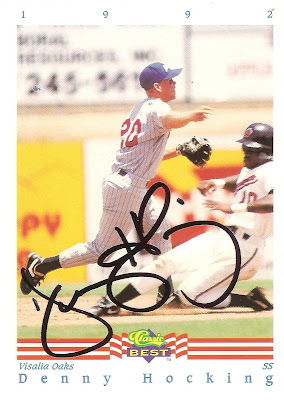 Denny was definitely the nicest coach/instructor I came across all day. Someone else was complimenting him on his signature while he was signing for me. He mentioned how he normally puts his uniform number in the large swoop at the end of his graph, but not on Minor League cards. Interesting. To me at least. 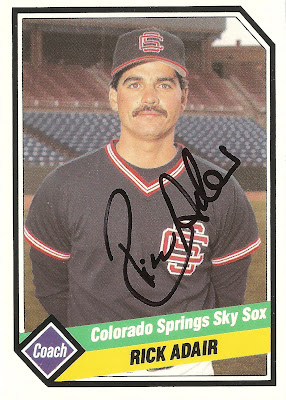 New Orioles bullpen coach Rick Adair was around to observe some of the pitchers. He seems like a nice guy but didn't bat an eye at what I thought was a pretty random card. I guess he's seen them all. 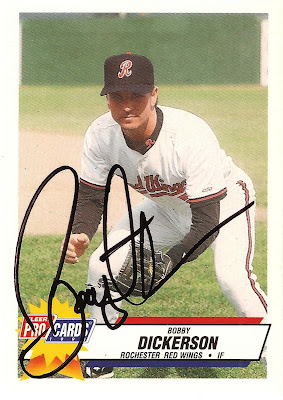 I found another fairly obscure card for Dickerson to sign but got the same reaction from him. Oh well.
Since neither Adair nor Dickerson ever played in the Majors, their cards are few and far between. I probably had to pay more for the unsigned cards than the signed cards are worth, but I enjoyed getting them signed. After all, I'm not into autographs for the money. It's all about having fun.

Nice work on all the minor league cards. Too bad the guys that signed them weren't as excited about them as we are.

Both of the Devereaux cards are pretty sweet, epecially the orange uni one! He was a favorite of mine during my youth.

Zach- I was pretty happy to track down some random cards for those guys, but I guess at this point it's hard to surprise them.