Thanks to my long-time collecting buddy Paul who writes the awesome paul's random baseball stuff blog, I discovered that the 2014 Topps Series 1 checklist was posted on Beckett's website. I had searched for it earlier this week but wasn't able to track it down. So nice work Paul!

In the interest of myself and most of my Orioles-centric readers, here are the Orioles included in the base set.

While I will say that it's pretty cool that Chris Davis has gone from a guy who wasn't even included in the 2011 Topps set, and who had a single Orioles card picturing him through most of 2012 to a player who has three cards in the Series 1 base set, there isn't much to get excited about beyond that.

There are no players being featured on their first Orioles card, which is something that I always look forward to (I know a big reason for this is the team's relative lack of offseason signings), but I still was hoping for someone to make the cut. Possibly Ryan Flaherty, or maybe Jemile Weeks, or Ryan Webb? Who knows? Looking at the roster there honestly weren't many candidates.

While I will certainly want to pick up a number of the Chris Davis base cards and inserts for Kalina, I'm personally not all that excited about the list.

What are your thoughts? 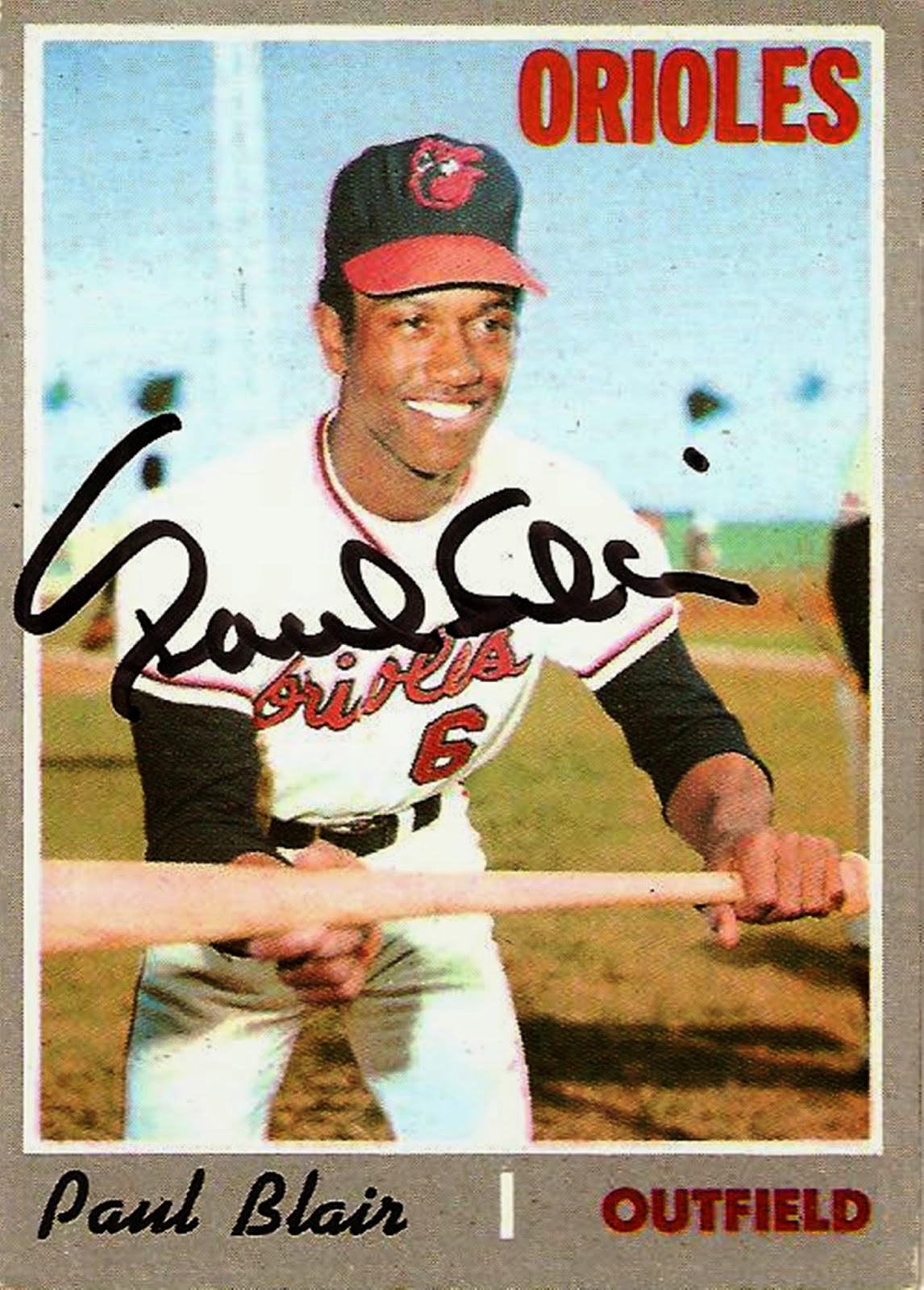 I know that this is far from breaking news for any Orioles fans out there, but I didn't want to not write about the passing of one of the greatest center-fielders of all-time. Paul Blair passed away on December 26th, and I feel bad that it has taken me this long to commemorate his life with a post, but I was out of town over the holidays, and I suppose it's better late than never.

Paul Blair was one of the better players in Orioles history and I'm sure that if you're hear reading my Orioles blog you are likely familiar with his career. If you are not, MASN's Roch Kubatko did a great job summarizing his career and statistics, but his eight Gold Gloves in center-field are really the highlight to me. 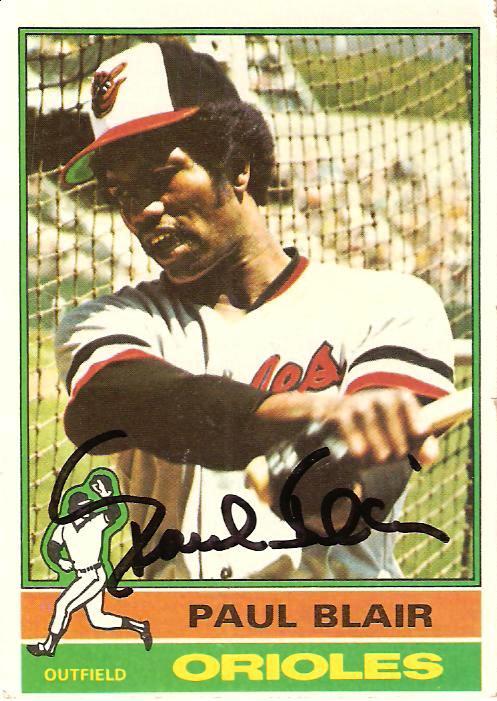 In recent years, Paul was frequently one of the alumni autograph signers you could count on seeing a few times a season at the regular signings held at Camden Yards. He lived in the Baltimore area so was an easy autograph to get for O's fans. 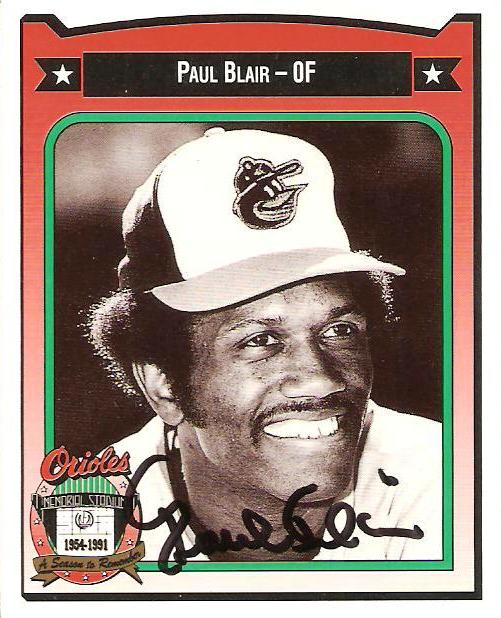 I was lucky enough to get his autograph a number of times over the years and fellow O's autograph collector Aaron, even helped me out with this personalized postcard just this past season. It means that much more to me now that I know I will never have the chance to get Paul's signature again.

RIP Mr. Blair, thanks for all of the great memories both during and after your career. 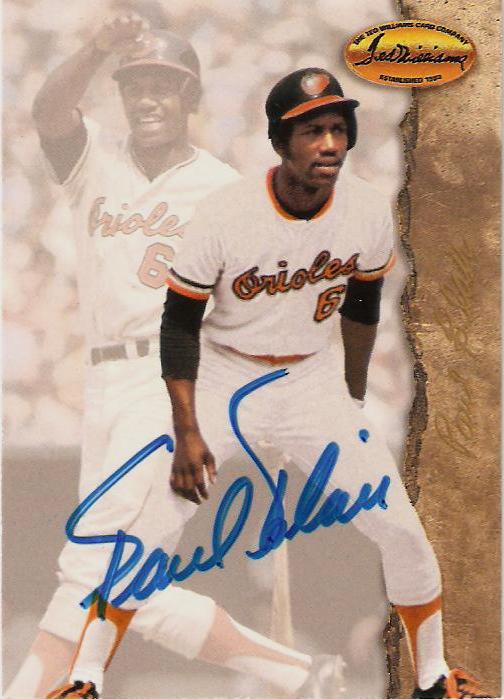 *To briefly explain the misspelled/made up title of these weekly posts: Every Friday, I profile a former Oriole who has passed away. I've substituted the word unpossible for impossible as an homage to a line from "The Simpsons". Young Ralph Wiggum, who is not very smart, says "Me fail English? That's unpossible."
2 comments:

Wow, has it really been almost a month since my last post? Laziness The holidays really crept up on me this year and I feel like I've been behind on a lot of things lately. But anyway, here I am, and I have a few new Orioles autographs to show off in 2014.

I recently had the luck to knock two names off of my need list, and both were guys whose signed Orioles cards have long eluded my collection. I will show them off in separate posts, if for no other reason but then to motivate myself to post a bit more frequently.

I finally (FINALLY) have a signed Bret Barberie Orioles card in my collection. I have sent no fewer than 3 TTM requests to three different addresses in an effort to add a signed Orioles card of his to my collection and never had any luck while he seemed to sign sporadically for some other collectors. And his autograph is widely available on Expos or Marlins cards. If you want one of those signed it will cost you about $1 and take thirty seconds of searching. But his signed Orioles cards seem to be few and far between.

Bret has at least four different cards that picture him as an Oriole, all of which were produced in 1995, and this is by far the least autograph friendly of the four but beggars can't be choosers. The signature is bubbled to boot but it matches up well with other examples of his signature and I got it for under $10 shipped. If I could pull that off with the rest of the players on my need list, I would gladly do that deal.

So today, my need list is one autograph shorter. Here's hoping that I can track down a few more in 2014!