Last Saturday was the first Orioles bobblehead giveaway of the 2011 season as the team gave away Buck Showalter bobbleheads to the first 20,000 fans in attendance. 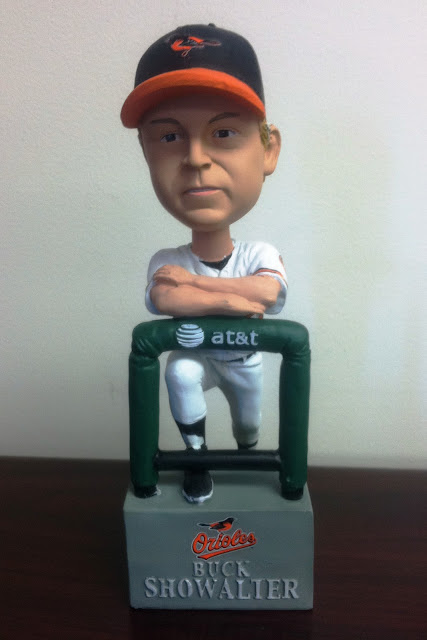 The bobblehead is a cool, if not unique, design and features Buck leaning on the dugout railing as he is know to do. I'm not generally a fan of prominent sponsorships on bobbles, but the AT&T logo actually doesn't detract from the design since most railing pads have some sort of logo on them anyway.
In a nod towards how Dodgerbobble handles his bobblehead posts, I took a few pictures of the box this time around. I don't often save the boxes of past bobbles since I don't have the space to store so many empty boxes, but I thought to take a few pictures before dumping the box this time. 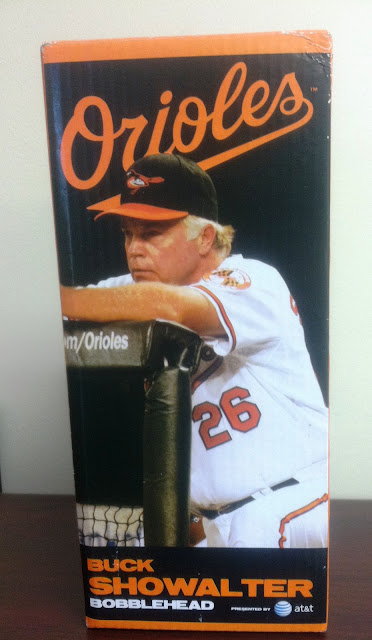 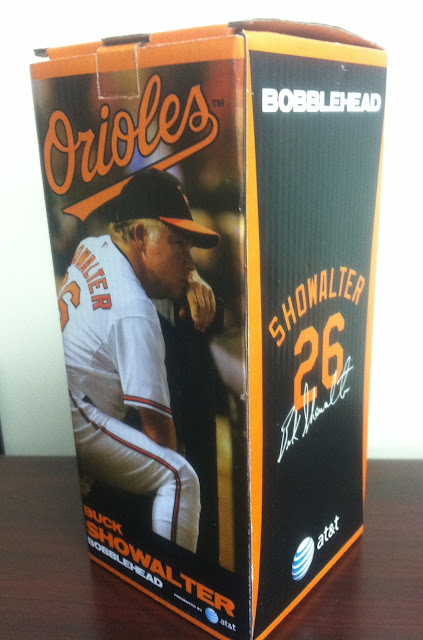 The box features two good angles of Buck getting his lean on.
Here's a few other a shots of the bobblehead... 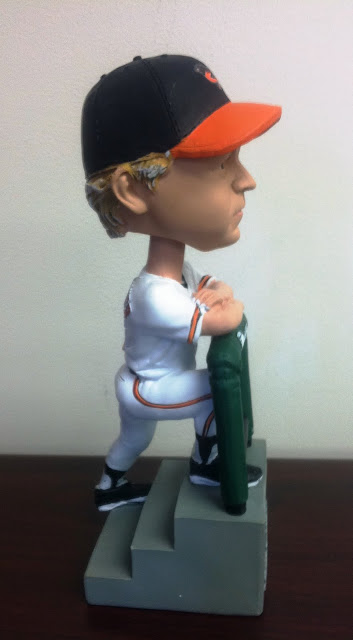 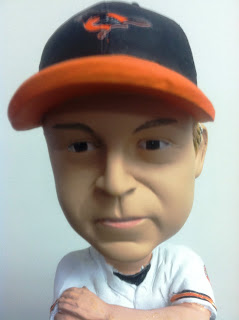 They got Buck's dugout lean pose down pretty well and the face looks a little bit like Buck, so overall this is a solid bobble. The O's haven't honored a manager with a bobblehead since the Earl Weaver/Jim Palmer double bobble given away in 2004 and it says something about Buck's popularity, especially from the end of last season through the offseason. 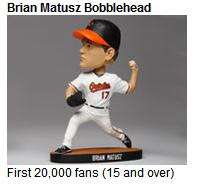 And here's the first preview image I've seen of the Brian Matusz bobblehead the O's are giving away on Saturday, August 6. Of course, Matusz just got demoted to AAA Norfolk yesterday, so the O's have another 2010 Nolan Reimold bobblehead situation on their hands.
The image of the bobblehead looks like they got Matusz's pitching motion down pretty well but from that grainy picture, the head just doesn't look right.
I've been holding out hope that the O's would produce a bobblehead of Vlad, since you know it would be a popular giveaway of a future HOFer, but the team rarely adds any promotions to the promo schedule after it's released, especially large items like bobbleheads, so I'm not expecting it at this point.

Love it! The manager on the dugout steps was popular this year. The Dodgers, Padres, Royals and O's all did. I may be missing one or two teams.

The Matusz looks sweet! Do you have to get there early to be one of the first 20,000?

Yeah man, it's a solid bobble.

I'd say that you generally can show up around when the gates open and get a bobblehead. There have actually been a few giveaways where the crowd was actually less than the number of giveaways as the O's aren't much of a draw these days.