As another baseball season is coming to a close, I think it's an appropriate time to discuss how I'm also nearing the end of my Orioles autograph collection. As things stand today, I need only nine autographs to have something signed by all 910 players who have appeared in a game for the O's. However, there are 33 other players who I still could (theoretically at least) upgrade to a signed Orioles card. So I guess that I'm technically 42 autographs away from completing my collection.

No worries though, this blog won't be going away anytime soon since I still have hundreds of scanned Orioles autographs that have never been shown here. That, and the fact that the O's seem to feature about 20 new players every season, should give me fodder for posts for years to come.


So why am I bringing all of this up today? Because I recently added one of the most elusive modern Orioles autographs to my collection. 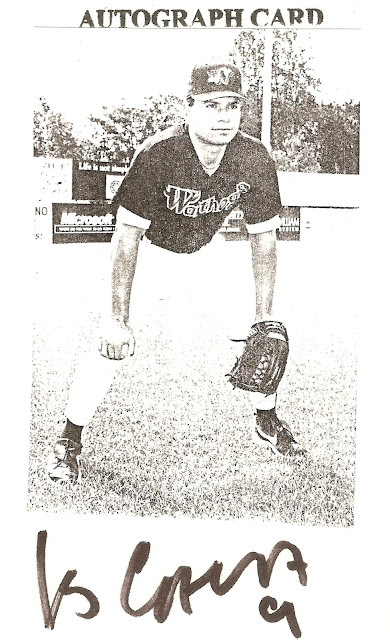 Luis Carlos Garcia was drafted by the White Sox in 1994 and spent the next four seasons playing in their minor league system before returning to his native Mexico to play in the Mexican League for two seasons. The Orioles then signed him to a contract on November 12, 2001 and he played in the only six MLB games of his career for the O's in April and May 2002. In those six games, he was used as a pinch runner, pinch hitter, and as a defensive replacement in the outfield, always in the late innings of games, so he only had three big league at-bats, and went 1-3 with a strikeout. Luis's last appearance with the O's was on May 30th, and he spent the remainder of the season with the AAA Rochester Red Wings. Following the season, Luis went back home to Mexico and has stayed there ever since; he has played the past seven seasons in the Mexican League with six different teams.

As far as I can tell, through the mail (TTM) autograph requests are pretty much a dead end with players in the Mexican League and Luis is obscure enough that there aren't many of his autographs floating around. Further complicating matters is that he wasn't the only Luis Garcia playing in the Majors in the early 2000's so it's been difficult to separate him from the other Luis Garcia's who have played in the same time period. 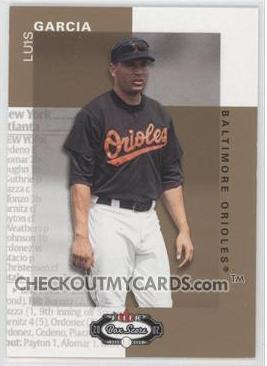 During his short MLB career, Luis was featured on two cards in an Orioles uniform (this 2002 Fleer Box Score and the 02 Upper Deck 40 Man set), so there is still a chance to one day upgrade my signed black & white Winston Salem Warthogs custom to an autographed Orioles card. I have both of his Orioles cards in my collection and have a line on a collector who travels to Mexico each season, so I'm hoping that Luis plays again in 2012 and that my contact can somehow cross paths with him.

Even if I can't upgrade my autograph of Luis, I'm relieved to have AN autograph of his; the remaining nine players that I don't have autographs of all played in the 1950's & 60's, so Luis stuck out like a sore thumb on my need list.

I'm really impressed that you've been able to obtain an autograph of nearly everyone who's ever played for the Orioles.

Thanks Paul, it's been a pretty long and time consuming process, but I have really enjoyed it!

Thanks Zach, I have a line on a couple but a few are gonna be nearly impossible!