My intent was to show off my FanFest pictures today but I ran out of time to scan everything yesterday. Hopefully, I will be displaying my haul tomorrow.

Every few weeks this offseason, I have been trying to list the O's minor league transactions. From what I can tell, here is what the O's have done since I last wrote about these moves.


They once again re-signed a few of their own minor league free agents, re-inking catcher Zach Booker, and pitcher, Will Startup.

I was happy to see they are bringing back Startup who was a fan favorite in Frederick. He also has a very comical, karate-like, leg kick during his delivery (which he was not using at the time the above picture was taken) which makes him one of the more entertaining pitchers to watch in the organization.

The team also re-signed one-time Oriole reliever, Winston Abreu, who appeared in 7 games for the 2006 Birds; 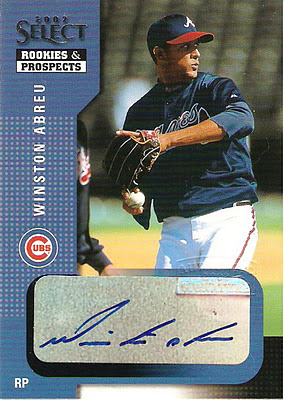 and Francis Beltran, a member of the 2007 Tides.

They signed a bevy of minor league free agents from other organizations. I know nothing about these guys, but will pass along what I've read. They inked 2B Travis Adair (Rangers), C Allen De San Miguel (Twins), 2B Tom DiBenedetto (Independent), 2B Peter Fatse (Independent), and OF Edgardo Baez (Nationals).


And as will be the case every year, some of the O's free agents signed with other teams. This week's highlight (or lowlight if you will) was Miguel Abreu's signing a deal with the Phillies. 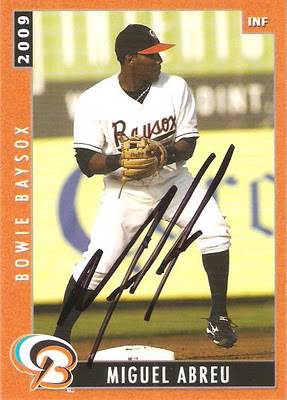 Miggy has been a favorite of Kalina and mine over our past few years of going to various Orioles' affiliates minor league games. He has spent the majority of the past four years with the hi-A Frederick Keys and AA Bowie Baysox, which are the affiliates whose games we attend the most. He always seemed like a nice guy and never turned down an autograph request. Good luck next year, Miguel! 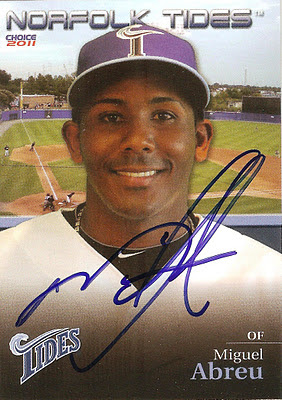 Jeremy Accardo split the 2011 season between Baltimore and AAA Norfolk, so this only half counts as minor league news, but he signed with the Indians. 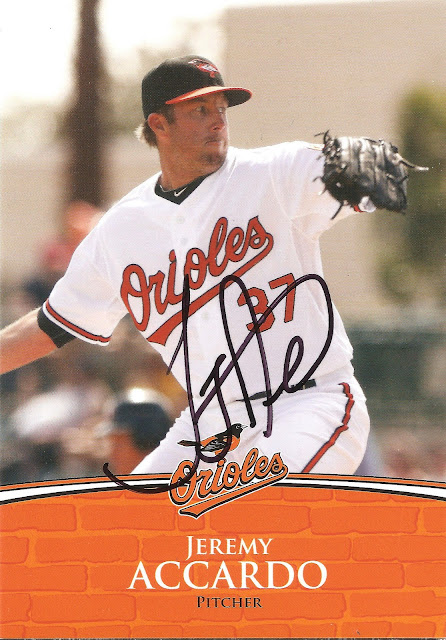 Will Startup...what an awesome name!

Yessir, and he's a pretty cool guy too.